When we were offered the opportunity to visit Zippos Circus while it was in Bath my initial thoughts were, oh my god how cool, the kids are going to love it then my mind switched to is it cool? Are Circus' ok nowadays? Memories of dodgy animal welfare from circus' when I was a kid came to mind so my first step was to hit up google, animal welfare was one of the first things I came across on the zippo website and it was clear to me that it was something they take very seriously and as such I quickly went back to being very excited. 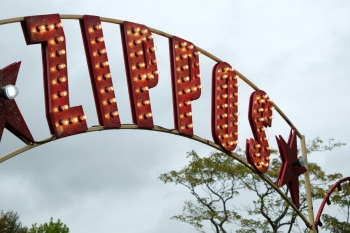 I decided to hold off telling the kids and to keep it as a surprise, finally letting up the day before and letting them in on the big secret we had ringside seats to the Circus, they went to bed with big smiles on their faces and Dex told me he was going to dream about it all night. So when I got up saturday morning I was all ready for a day of excitement leading up to our trip, but sadly Dexter woke up really unwell, calpol, a nap and a bath did nothing but he wanted the rest of us to still go. So Grinny came to the rescue to look after him and the rest of us headed out turning it into a special treat just for Axel.

Its strange how with number 2 you never really get any one on one time and that's fine as they want their big bro with them anyway but it was nice to make a night just about Axel on concentrate on watching him enjoying every moment. 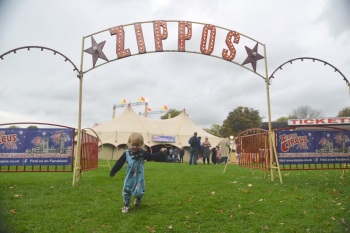 So Dexter dropped off we headed to Bath, should take 20 minutes, gave ourselves an hour and a half, literally ran in as the show began! Apparently every car in the world decided to drive through Bath at 1pm and then fill up the car parks, but we made it, Marc grabbed hot dogs as we'd skipped lunch and we settled in for the show. I hadn't been to the circus since I was a child and I figured a fair bit had probably changed since then (in the *cough* twenty something years) so I sat not sure what to expect and ready to take it all in. Me and Ax were ringside, he took his seat and fixed a look of awe and amazement that basically didn't leave his face all night. 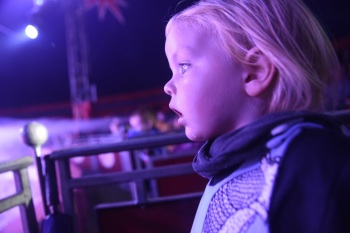 He liked the man in the hat that kept telling us what was happening and the silly man that kept falling over, he ooohhheeed at the lady spinning the pretty hula hoops, and clapped at the horses, we giggled at the budgies on their swings and slide and were puzzled over the guy bending himself into all sorts of funny shapes and held our breathe watching the motorbikes go round and round in the orb. 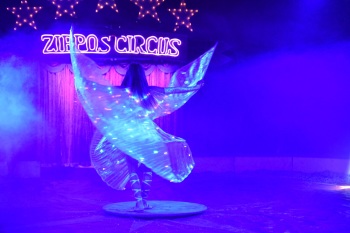 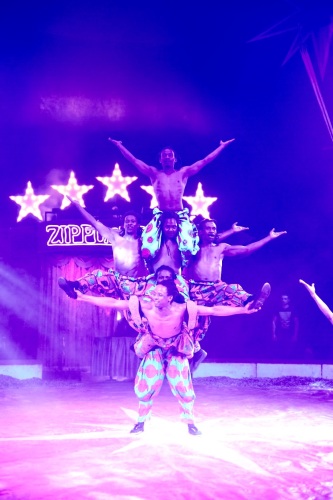 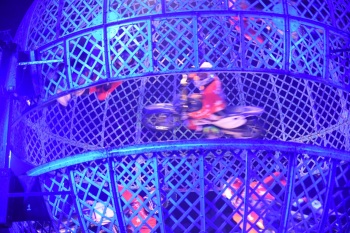 Every single moment of the show has us all marvelling, you didn't want to risk looking away for fear of missing another amazing moment. I had fully expected the 2 hour show to feel like 2 hours, but the reality was that it whizzed by, when they stopped for the interval I couldn't believe we had been there that long already. The interval also gave us a chance to grab a present to take home for Dexter, Axel picked the spinning plate for his big brother, and even buying that was full of fun, you got a demo and a lesson in how to do it(side note, I am useless but Marc seems to have got the knack so he is now chief Circus skills teacher in our house). All around the ring there were kids trying out their skills at plate spinning whilst others filled their faces with popcorn and candy floss and ran around with glowing swords, it was definetly a moment filled with lots of childhood memories being made and I absolutely loved it.

By the end of the show we were all buzzing and our walk back to the car was full of talk of all the amazing things we had seen, as we approached the car I asked Axel if he had had a nice time? "Me lubbed circus mummy, man with hat held mine hand, me find Deckta now, me miss Deckta" so it turns out that a few hours away is enough alone time for our littlest dude, and as per his request we headed home to find Dex and tell him all about it, he spent the night watching videos on my phone and made me promise to take him to the Circus next time it's in town, and that's one promise I am very happy to make. 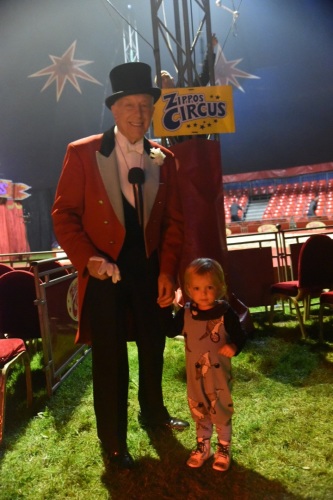 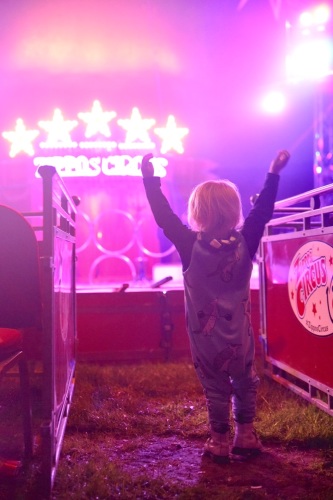 If you are looking for a fun treat for the family then take a look at Zippos Circus.

We were were given the tickets for Zippos Circus for free in exchange for an honest review. This blog post is entirely my own opinion and written in my own words.